﻿To his many fans, Frank Kinney is the dean of Iowa watercolorists. His long and exceptional career, which has encompassed graphic design, illustration and painting, began more than 60 years ago with a degree in art from Coe College and a job with a Cedar Rapids advertising agency.

“I’ve been very fortunate to be able to make a living doing what I love,” he says. “I enjoyed painting whenever I had
time to work it in between my ‘day job’ deadlines.” His “day job” included starting his own agency, Frank Kinney Advertising Art, and serving clients throughout Iowa: Amana Refrigeration, Rockwell Collins, Maytag, John Deere, Musco Lighting and Bandag, among others. It was Musco that commissioned Frank to create an official poster for the 1984 Los Angeles Olympics.

An amazing aspect of Frank’s advertising career was how much painting, some commissioned and some for his own pleasure, he was able to complete between deadlines. Constantly experimenting with different techniques, studying the work of watercolorists he admires, reading and talking with other artists, he has never stopped learning and exploring. This is reflected in the “Kinney style,” fluid rather than set, perhaps a little different in each new painting thanin the last.

In the early 1970s, he was one of the first members of the Iowa Watercolor Society, becoming a Signature Member when
his work was accepted for three different juried shows. His early paintings were often of Iowa’s rolling hills, its farms
and its small-town streets. Later, vacations in southern California inspired a series of paintings of desert landscapes and flowers. His retirement travel to Europe brought the streets of Paris, the bridges of Florence and the canals of Bruges
back home to Iowa.

Frank’s work is owned by collectors throughout Iowa and in other parts of the country, including San Diego and Borrego Springs, California, where an exhibit of his work was held in December 2010. Recent Cedar Rapids exhibits have taken place at Brucemore (2008) and the Engle Center for the Arts (2006), with another planned for spring, 2013. 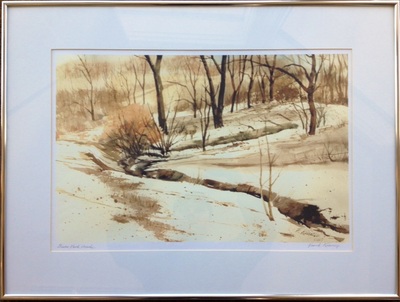 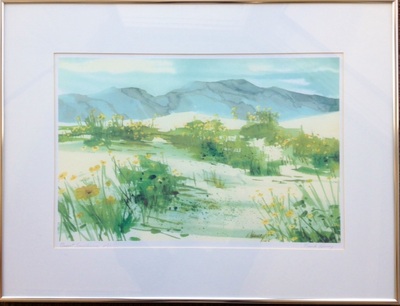 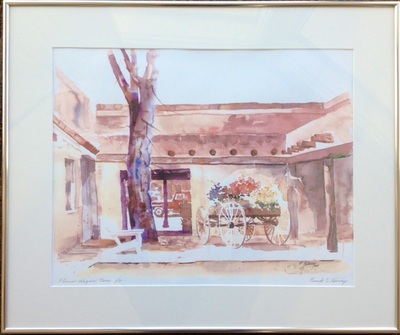 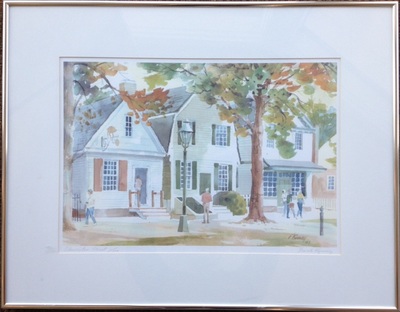